Risk Assessment to the Honey Bee and Industry 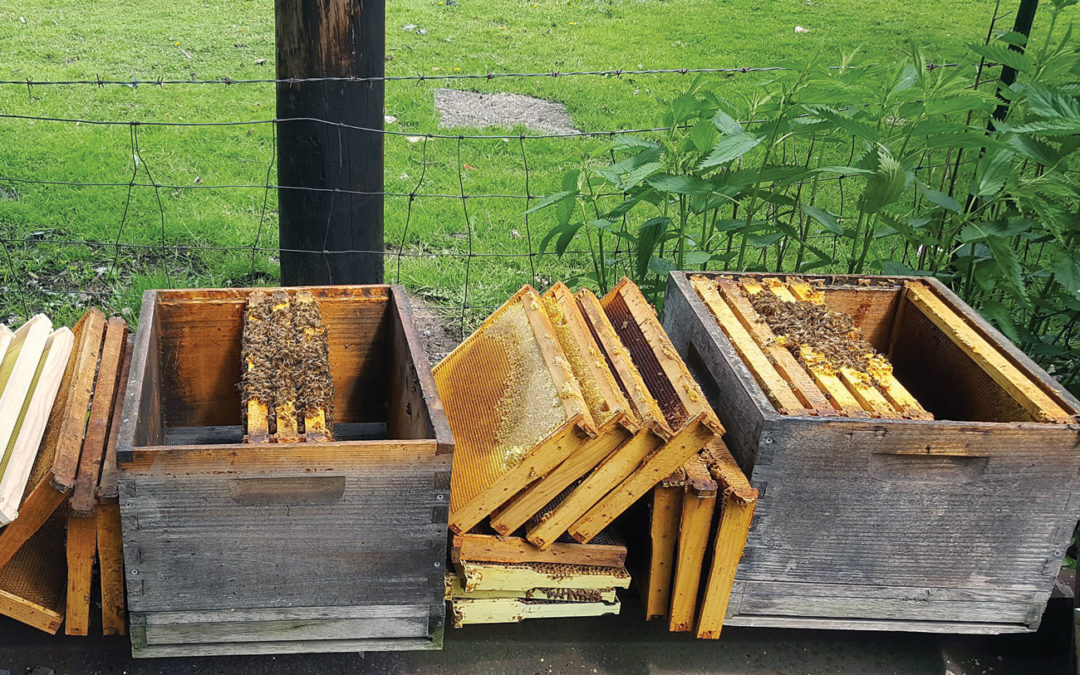 Is there a risk; are there conditions or potential problems in the beekeeping industry that put all of beekeeping in jeopardy? You decide! Bear with me while I lay out some scenarios for you to digest. The threat/risk to overall honey bee population, colonies/package bee industry/commercial pollination industry and related. First: Where are the honey bee colonies in the U.S. located?

With approximately 2 million colonies choked into one 500 X 50 mile area in the California Valley, can anything go horribly wrong? This area, Central Valley, produces 8% of the U.S. agricultural output at 4.6 billion. This whole region is in need of a detox because of the decades of continuous agricultural activity and the chemical use that is associated with that activity. Many years of chemical use is even having a negative effect on migrant workers and local populations as well, according to some reports, is this bad? Is there potential negative fallout for the honey bees as well? What about an, as yet unknown, honey bee virus or pathogen affecting colonies in this very congested area? What about a terrorist threat to the American food supply, thousands of colonies can be destroyed in a few hours by a flyover of an insecticide application? Regions of California are prone to fires, mudslides, and earthquakes. A deliberate or accidental seeding of this area with Tropilaelaps mercedesas parasite from an unknown source, etc.?

Florida is the next largest honey bee producer with 245,000 colonies of bees. We are told the whole bottom half of Florida is percolated with Africanized (AHB) honey bees and I suppose that would do in a pinch for pollination. But AHB onslaught would render the entire hobbyist beekeeper population and especially residential beekeepers out in the cold when it comes to beekeeping, and that figure is at about 98% of the beekeepers. I only count 3 (there may be more) package bee supply companies in Florida and they are all in AHB infected areas. Furthermore, many package bee suppliers in Georgia overwinter colonies and do pollination in Florida spreading AHB genes throughout the northeast via pollination services as they travel north in the spring, plus sending queens and package bees north as well with known AHB genes/traits/characteristics.

Texas has 205,000 colonies of bees and anyone who has ordered from the big state will probably never do it again! This used to be a large state for package bee production and the famous Buckfast bee, but since (AHB) moved in, no intelligent beekeeper orders anything that flies and produces honey from Texas; Florida will be next, and Georgia is on the clock, so then at that point where are your bees coming from? Weavers are the only one I know that is still producing package bees in Texas. One Texas producer states his bees are produced in Georgia and gives no reason as to why, but no reason is necessary, it is obviously AHB.

Idaho is not considered a package bee state per say, but I did find two suppliers, only one will ship bees. It is more of a honey production state with 164,000 colonies.

Georgia has approximately 134,000 colonies and has several well-known package bee suppliers, about 20 overall. The problem Georgia is having is that most bee producers in the Peach State overwinter a portion of their colonies in Florida, and as a result they share many of the same problems Florida has. Both states have a terrible problem with Small Hive Beetles and their reputation for selling no weight packages to less than declared weight is damaging their reputation. Both also have an aggressive honey bee issue which will only increase over time. Many also ship virgin queens to unsuspecting beekeepers in the north very early in the spring. I think that they hope local mating can produce a more docile bee or possibly greed has encouraged producers to push queens into service before mating occurs.

Any area that is concentrated and centrally located can easily succumb to a virus or pathogen. If package bee availability were cut in half before spring were to arrive, two things would happen, many orders would not be filled and the orders filled would cost 500.00 per package or more. I felt very secure about beekeeping until I heard the word Varroa about 30 years ago. Was that the last shoe to drop? If I learned anything about beekeeping in the last 48 years, the answer to that is – NO. This whole thought process may be a reach but only until it becomes a reality, then what?

The real point to this article is not so much that possibly, maybe, or if, some catastrophic event (may) occur to the honey bee population/ industry. You do need an alternate plan and most basically that would mean, take care of the colonies you have, because total dependency on someone else for your honey bee population is not a wise plan!
Be a better beekeeper! Or at least strive to be.