Do You Really Need a Queen 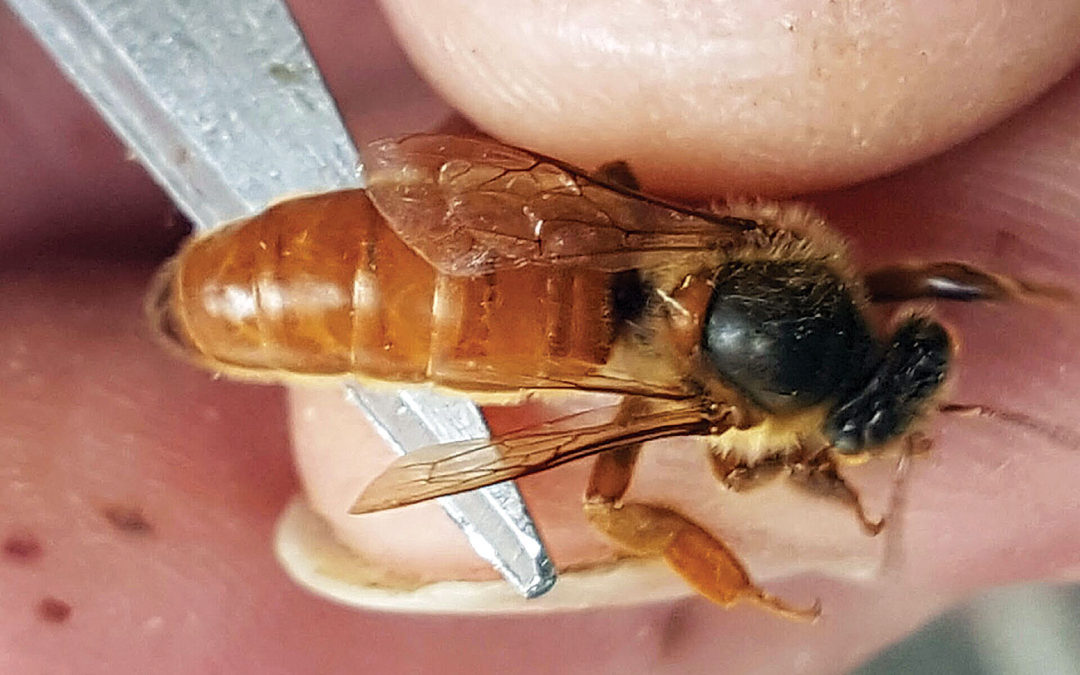 Do You Really Need a Queen? QRC sells approximately 6000 queens a year, and we could sell another 1000 to inexperienced/novice/uninformed beekeepers, but we choose not to because we ask! Education is a root belief/cornerstone of what we do here at QRC, hence this article.

There are a number of reasons queens disappear or (appear) to do so, supersedure, flawed introduction process, suicide by beekeeper, damaged queen, weather affected mating process, virgin queen introduction, old queen, poorly mated queen, chemical, external as well as internal/mite treatments, drone layer, queen already present, accidental destruction of queen cells, lost during matting/orientation flights, or swarms. Each of the above has its own characteristic manifestations and need to be looked at, but it’s the latter I wish to discuss here.

Most of my ideas about articles to write come from customers who wander into the shop thinking or have been told that a new queen solves all the problems in their beekeeping world. This is a common theme in beekeeping, buy something to fix colony conditions and queens seem to be at the top of the list, 6000 queens can’t be wrong.

I HAVE to say at this point, (AGAIN) that ALL swarms are preventable and that swarming is an undesirable outcome in the beekeeping scenario. I have written about this in the past and have no desire to beat this dead horse further here.

One of the most common misconceptions in beekeeping as it relates to swarms is the time frame a new queen/virgin requires to start reproduction in a colony. The old maternal queen leaves about the same time the replacement queen/queens are capped and the pupa stage of a queen is about seven days, pupa stages can vary to a small degree one half day/hours. Weather can affect the exodus of a swarm for days, sometimes allowing queen multiples to exist in a colony for some period of time. Sometimes the old maternal queen is not able to fly/leave and the swarm leaves only to return a short time later much to the obvious confusion of the bees and beekeeper alike.

But for the following sequence of events let us assume optimum conditions – old queen leaves the colony on day one of a newly capped queen cell leaving the colony without a functional queen. Seven days later a new queen hatches, a virgin, she is not mature at this point and will not be for another 5 to 7 days, her pheromones have yet to develop to the point she can attract drones on her mating flight/flights, her exoskeleton/chitin has to harden and I’m sure more. At some point orientation flights must happen and shortly after mating flights will occur, these are also contingent upon weather conditions and will take place over several days to a week until the spermatheca is full of semen from 7 to 20 drones. After this it is about 5 to 7 days before she starts to reproduce, or lay eggs, this overall time frame is about 22 to 28 days before any evidence of a queen is seen and this is best case formula. Also to add to the complications of the matter, virgin queens can be notoriously difficult to locate, erratic/flighty behavior/running over the frames, such behavior is common.

To further complicate matters weather must always be taken into consideration, to put this in perspective, think about the weather this year 2019 from April through July in Huntington Township here, we experienced 22 inches of rain, this is tropical rain forest levels. Imagine a queen breeder attempting to produce queens in these climatic conditions, or swarms issuing at this time, any reasonable beekeeper would have to assume the worst, at best a poorly mated queen, and again this is the best summary. Put all of the above together with a new or inexperience beekeeper in mind, sprinkle in some advice given from well-intended sources, and I feel safe in saying one-third of all queens sold are unnecessary.

The best solution to the above is to inspect your colonies on a regular basis, every seven to ten days, especially if you have less than five years of experience. Understand what you are looking at. Ask multiple sources from beekeepers having ten years of experience or more. Find someone to shadow, attend regular organizational meetings and do not be a wall flower – become someone’s pest. Ask an inspector to shadow them for a day or two, keep notes, and take pictures for a show and tell session with the person you have elected to torment. If you are going on vacation or cannot keep schedules, add boxes well in advance of any potential calamity, ACT – do not always react. Experience cannot be purchased but only by time and involvement.