Drone Selection for the Purpose of Queen Mating Yards 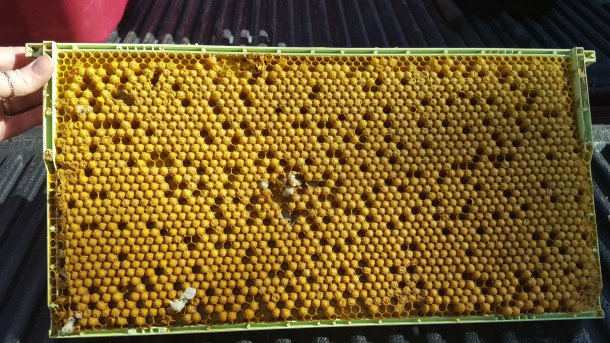 Drone Selection for the Purpose of Queen Mating Yards

All emphases today is on the all-important queen. Every article you read is about queen quality and literally not a word is stated about the importance of drones selection or any mating contributions to the DNA process from the male side, other than they are needed to mate with the queen. Oh! And by the way, you will need about 7 to 20 drones for good queen success. Other than this very superficial consideration, no thought is considered to the other half of the honey bee breeding process.

In the production of most livestock the male is at least 50% of the equation and just as important on one side of the chromosome as is the other. In artificial insemination, it is still 50% of the math but much less so in a naturally mated queen where the overall value of one drone is greatly reduced to 5 to 7 percent of the value of the drone contribution. But do keep in mind semen stored in the spermatheca of the queen is used one drone at a time, at which time the 50% value is once again part of the equation. All drones produced by a queen are exclusively products of her genetic makeup/background/chromosomes and that of (her) father, hence the saying, a drone has no father but does have a grandfather.

The point of this article is that the queen producer should place as much emphasis on drone selection as is done for the queen mother. How is this done in a natural mating scenario? It stands to reason that the same process used to produce a good quality selected queen can also be used to produce exclusive drone breeding stock as well by using the queen mother’s traits as a reference. The reason we can say this again is that drones are a product entirely of the queen with the only contribution being from (her) father’s side. So using the same criteria to produce a queen is the exact formula needed to produce a drone.

Once we have the desired drone production queen displaying all the desired characteristics of a quality queen producer, we then influence the chances of desired mating by using this queen’s unfertilized egg to saturate the mating area or areas with an overabundance of select drones two to three weeks ahead of any intended queen production. This can further be enhanced by using drone comb in a well-managed drone production colony or apiary. Also, keep in mind that all drones from the same queen are exact clones of each other and as a result have the same exact select, desirable characteristics of one another. The opposite can also be said of all negative aspects of a bloodline are compounded such as swarm impulse, aggression, disease, etc. It must also be stated that in the largest percentage of commercial queen breeders the only preference to drone selection is race!

Drone selection and selling select drone brood – now, here is a novel idea; suggest this to anyone and you will get one of two different responses – confusion or humor. You will not be taken seriously. Ask your queen breeder about their breeding program, you will not hear anything about specific/select drones or any specifics or characteristics looked for in drones; nor would the queen breeder understand how to select for good drone production. Do a Goggle search on select drone production for mating queens, and see what specifically you will find “nothing.” It is all very generic and general information.

If you are looking at this and thinking that is a lot of work just for a queen then maybe you should stick to buying your queens and have a better appreciation for GOOD queen breeders.