Can All Swarms be Prevented? 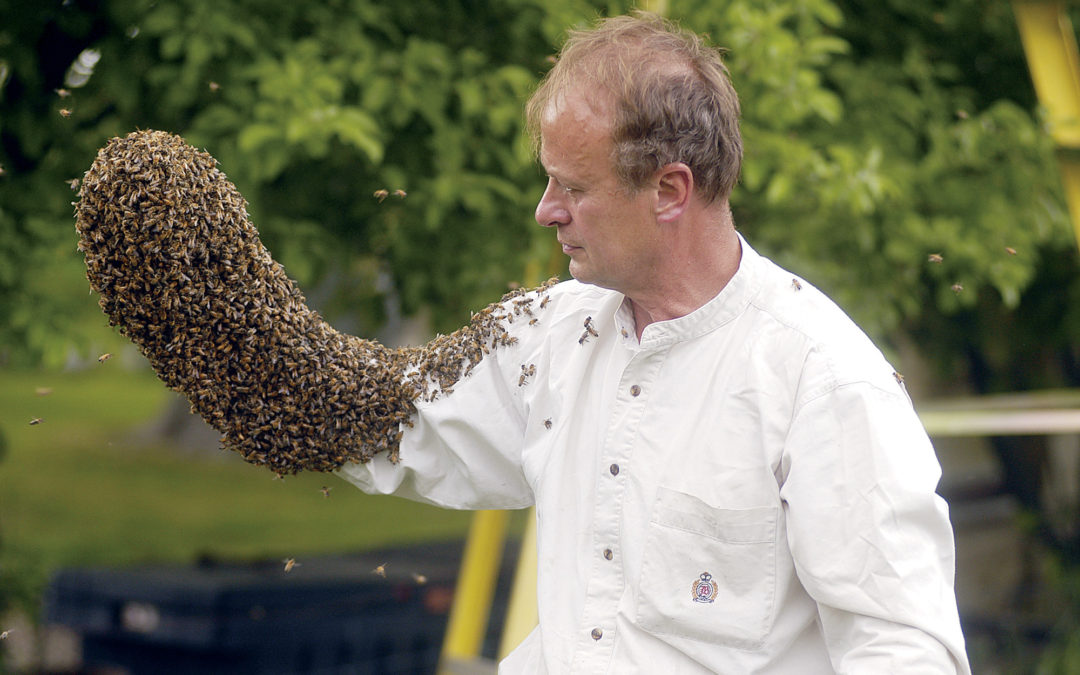 I asked the above question at a meeting in the last year and, of course, received a mixed and varied collection of answers from beekeepers of very diverse backgrounds. I issued the following challenge to those who did not believe all swarms were preventable; you give me the scenario of the impossible and I will give you the solution. A few impossibilities were presented and solutions given. Do I think this persuaded the doubters, of course not. When statements like, “can all swarms be prevented,” are made, it is a very general or broad statement, and unless refined/narrowed/defined, usually an equally general answer follows with no specific solution as a result. The reason some beekeepers cannot be persuaded or convinced in the face of absolutes is simple, it calls into question their beekeeping skills and is a reflection on them personally and that hurts. It is always easy to say, it is the nature of bees so therefore, ______ you can fill in the blank, because any answer will do.

I want to stop here and give all the first year beekeepers or potential new beekeepers a list of (need-to-know, memorized excuses for future references), these are very important in beekeeping and make you fit right in at most meetings, especially before or after meetings or online for use on Facebook, in chat groups, YouTube or writing your very own blog, some can be used for multiple excuses/reasons for failure, I will award stars to the really good ones: *Good **Very Good ***excellent.

This is by no means is an entire or complete list, but enough to give you a good start in the right direction; your excuse (must) divert attention away from you – the beekeeper. There just really is no bad excuse, but a certain amount of talent is required in making an excuse, making excuses is an art form; you have to look and sound sincere to be believed – good acting and bad beekeeping go hand-in-hand.

The knowledgeable beekeeper may not say it but will certainly think it. Where were you in all this?

Before solutions are given, causes must be determined and analyzed and defined to a small degree, and only then will a solution present itself because swarming is certainly a cause and effect condition.

First, swarming is reproduction and, therefore, natural; second, environmental, and, third, genetic. Swarms can occur at almost any time, spring through fall. All of the above conditions will present themselves in the same or similar manner with various observations or combination of observations that follow to varying degrees and these may overlap from natural, environmental or genetic.

The time frame more specifically is early spring to early summer with the (natural) following observations, good honey flow in progress or just past, mild winter. Second, this section is the largest section and deals with environment within the hive, not nature or outside the colony and these are the areas directly under the control of the beekeeper. Colony conditions that promote swarming are as follows: Strong overwintered colonies, winter insulated colonies, good queen (beekeepers choice, hopefully), sugar or pollen stimulated colonies, spots of honey inside brood nest indicating brood or honey bound conditions or both, queen excluder in use, inadequate timely supering, placement of supers, queen cups, vegetating workers sitting around colony with large extended abdomens full of nectar observed, well managed colonies, good beekeeping inspection program, mites have been controlled or eliminated. Third, genetic, race of bee, colony was collected as a swarm; all of these are indicators of possible swarm causes and conditions and, of course, there may be more. These are the conditions that, when observed, must be monitored and controlled by (timely) expanding the brood nest with frame manipulations both vertically and horizontally or possibly splitting the brood nest entirely, by placing, preferably a box with drawn comb between brood boxes. How radical these manipulations are and when, would be determined by colony strength, weather, and severity of swarm conditions, etc. Queens can be placed in a box with drawn comb and separated from brood with a queen excluder underneath and placed above with plenty of space, returning in 5 days to remove any supersedure queen cells in the bottom boxes, after a five day time frame, no queens can be produced in the isolated areas because the larva will be aged out, (too old to make a queen.) Queens can be caged in a variety of ways as long as the beekeeper monitors the rest of the colony for supersedure cells, swarms will be eliminated in this way, and an added benefit to this is that a break in brood production is a reasonable Varroa control measure, as long as other Varroa measures are taken, and Varroa is monitored and this is accomplished without the loss of bees in a swarm, loss of brood production, or harm to the colony in anyway. Plus, while the queen is caged, mite controls can be applied without risk to the queen, such as with Oxalic acid or Mite-Away II. A phrase to remember is this, “timely brood expansion, is swarm prevention” this means the brood nest must be monitored and expanded as needed and the extent of that expansion is determined by the necessity to do so, this also means you must be able to recognize symptoms of brood congestion and its severity, which may or may not be obvious. Bottom line, control of the queen gives the beekeeper complete control of the colony!

A swarm impulse is when a swarm is emanate, there is no longer a queen cup, but rather a queen cell. In other words, something is in the queen cell or queen cells. A cup indicates a possible swarm can occur sometime in the future unless conditions change. A queen cell actually puts the swarm date on the calendar and that date depends on the age of the egg or larva in the cell with a max date of 11 to 12 days after the egg is laid. Weather can be a factor in postponing a swarm. Here is my question to you, the reader, is there anything in the above statements that you, the beekeeper, cannot change or affect the outcome? Here is the point I make about this subject in a classroom setting: (1) If you place your queen in a queen cage, how is it possible that (that) queen will leave in a swarm? Answer (NONE). (2) If you return in 5 days after maternal queen is caged, and destroy all supersedure cells, how can the colony swarm in anyway? Answer (NONE). I also, at this point, have to discuss the individual who thinks swarms are great, and they are, as long as they are not your own. Swarms coming from your own apiary is not beekeeping, it is beekeeping run amuck, and swarming is a phenomena not under your control, hence not keeping bees. Splits are under your direct control and if the beekeeper wishes to increase his or her apiary size, splits (always) work if done properly, swarms do not. Swarming under the wrong circumstances can put your beekeeping and others at jeopardy like a residential area or anywhere (permissible beekeeping is allowed). Swarms can actually leave you queenless in some circumstances and can also put the colony in jeopardy, if some conditions are not recognized and corrected. You will also notice a deliberate omission about any queen cell removal. If removal of queen cells are your method of control this can, in fact, leave you in a queenless state. Generally speaking, once a queen cell is capped the maternal queen has left or is about to leave, while removing some queen cells can reduce the number of swarms emanating from a colony, the removal of all queen cells can leave your colony queenless entirely, especially if you are removing capped queen cells. So my school of thought is queen cells should never be removed unless the maternal queen is in hand or caged. Also, splits made with queens in a swarm impulse condition should be caged or restrained in some way for a reasonable amount of time, so as to prevent the split from leaving in a swarm, because the impulse to swarm is still present when the split is made and a new location for the colony may have already be picked out by the bees.

I am a beekeeper, I know this sounds like the beginning of an AA meeting, but to make this statement to me means or implies something, and to me it means responsibility. You are either a beekeeper or you are not. Organizations actively teach alibi classes to the beekeepers under their sphere of influence. I would encourage you to listen carefully to almost any meeting when the topic of colony losses occur, see above list. Do not get caught up in the excuse making process, but rather problem solving, and in beekeeping that always starts with you, yourself.

Stop making excuses, it’s a lie and it’s a lie you repeat over and over to yourself, and if stated often enough, you may even start to believe it.

Two words that need to a part of every beekeeping vocabulary, why, and timely.

It’s what you learn after you know it all that really counts.

This article will take thought and must be reread multiple times to digest.