What is a Successful Beekeeper? 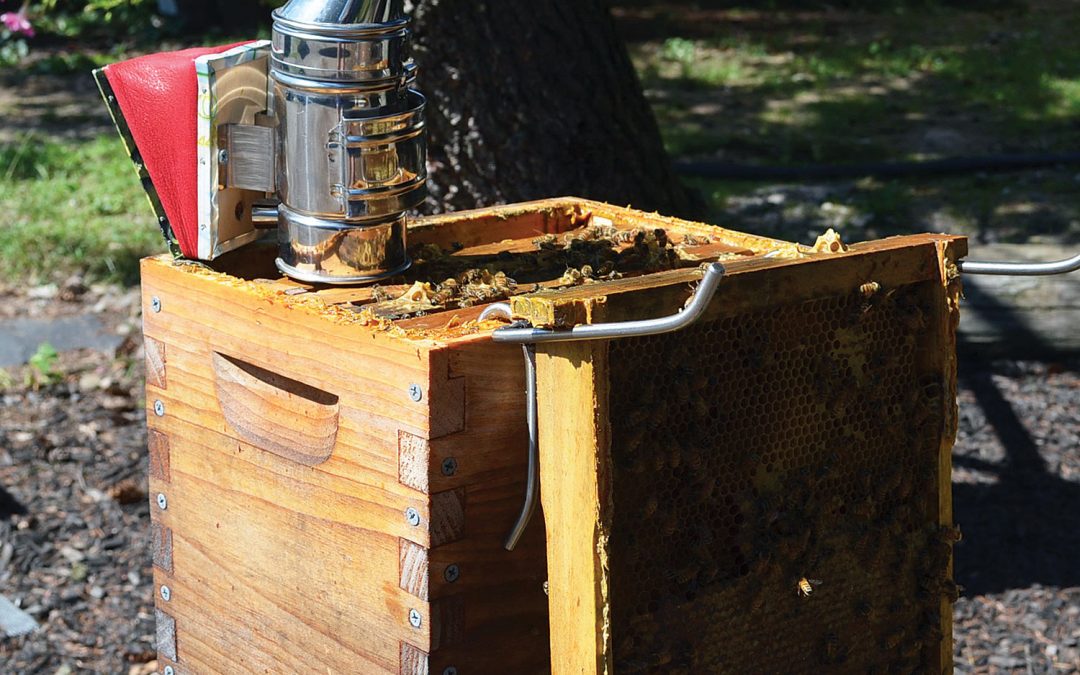 How do you define successful beekeeping? My definition will undoubtedly vary from others I’m sure and my definition itself has changed over the years. I have seen thousands of beekeepers come and go over time with all kinds of education and backgrounds. I like to think I have seen it all, heard it all, and in many instances done it all, when it comes to beekeeping but I know better after 43 years of smoker failures, lost hive tools, overturned colonies, bee diseases, insecticide kills, driving all night to deliver bees for pollination, and not to mention the fact that not many beekeepers can say they have been shot at while beekeeping, let’s not forget the sting after sting, after sting. By the way if you are a new beekeeper reading this, yes it still hurts.

While it makes good business sense to sell as much merchandise as possible, and in as many shades of pink as possible to beekeepers who think (more is better) (bigger is better) (variety is the spice of life.) It is nice to be dressed in the best bee suit on the market and in pastel or earth tone color’s, it just makes you feel one with the bees. I have sold the largest smoker on the market to individuals with just one colony of bees because somehow it had to be better because it was bigger. If you are a bad beekeeper without a honey house, or a hundred frame extractor or a wax press you will still be a bad beekeeper with them. My wife, Sheila has a saying TOOLS A BETTER BEEKEEPER WILL NOT MAKE. Successful beekeeping is not found in abundance of equipment, or more equipment then is necessary for useful beekeeping. There will always be another item that will make your success meaningful, however proper equipment does make beekeeping easier and more convenient etc.

The same holds true for the beekeeper who thinks five more colonies will make his or her beekeeping dreams come true. Number of colonies will only compound bad beekeeping practices and hasten and early demise. I often laugh under my breath when I hear a beekeeper that has twenty five or there about colonies suggest he is now a side liner or this is turning into a commercial enterprise. Most hobbyist beekeepers I know would like be a side liner beekeeper and all the side liners I know would like to be a commercial beekeeper, and the few commercial operations I know long for the days of a simple hobbyist beekeeper, go figure. The point is many colonies will not a successful beekeeper make, so I do not determine success in beekeeping by sheer numbers of colonies.

Most beekeepers would like to do a little pollination and make some extra cash, after all moving colonies all over sounds romantic and exciting and if that was all there was to it the idea might hold some relevance. It is nice to have your interest/hobby wanted and needed by others and be in demand but reality is often obscured in a dream but everyone must wake up at some point and if not the rest is called a nightmare. Admittedly there is good money to be had in pollination and if your definition of success is hard work and good money then this might appeal to you , but I think there is more to success in beekeeping than just money, however most often this is the strictest guideline of what success is no matter what the business.

I used to think that having a beekeeping supply business would be the ultimate in beekeeping. This way I could have all my equipment at cost and have all the colonies I desired at minimum expense. Then I became so busy I had to quit keeping bees and now I am more of a bee-haver, I no longer do pollination and spend my days telling others what I no longer do. Pay attention to those who know, if you want to learn to hate your hobby make it into a business because then it will no longer be about the object but about tax deadlines, governmental regulation, inventory, customer happiness, and off course the bottom line. I used to laugh when the commercial came on TV about being in business for yourself and being your own boss. I have so many bosses now I don’t know which one to answer to first and then of course every customer is a boss and I have come to find that I answer to everyone and I am now at the bottom of the totem pole. When I worked for LTV Steel I was in middle management and I thought I was going to management (moving on up to the deluxe apartment in the sky) but becoming a business owner I ended up being everyone’s gopher. So I decided making beekeeping into a business did not make for a success in keeping bees. For all practical purposes I had to quit beekeeping to have a business.

There are some who think success is achieved by being the smartest guy in the room when it comes to beekeeping or some other subject. This is one goal in beekeeping I decided to pass on; you do have to know your limits. No one can of course acquire all knowledge about a subject, there will always be someone smarter who read just one more book or article. Have you ever heard the saying those who can’t preach. While this in itself is admirable, to be the walking encyclopedia on honey bees and apart from the art of beekeeping this certainly could be a success but the key word here is apart.

So you ask ,what then is success as a beekeeper, sometimes I think the beekeeper with just one colony has it made, unfortunately what I see in them is that they are not aware of just how fortunate they are. Let me put it another way, remember when you were a kid with no problems, no concerns, no schedule, no rush hour blues, this is what it is like to be a new beekeeper with one colony. And just like in beekeeping, the kid wants to be 16 to drive, 18 to have a job, 21 to have education behind and so on and so on, until at some point in life we long for a more simple life. Success in beekeeping is knowing what the end game is and being satisfied then and there .This is different from person to person and often this process is confused by inexperience and lack of knowledge. So then the wise beekeeper should, before getting too involved look, listen, observe before making any significant changes to current beekeeping status, you may already be where you want to be and not see it. Often beekeepers look to other beekeepers that are also in transition to acquire information and not someone who has been where they are. Ask questions of beekeepers that are not looking to make any significant changes no matter how long they have been a beekeeper.

Let me make this simple, if you are happy with what you are doing and where you are then I would call your story a success no matter what anyone else thinks.