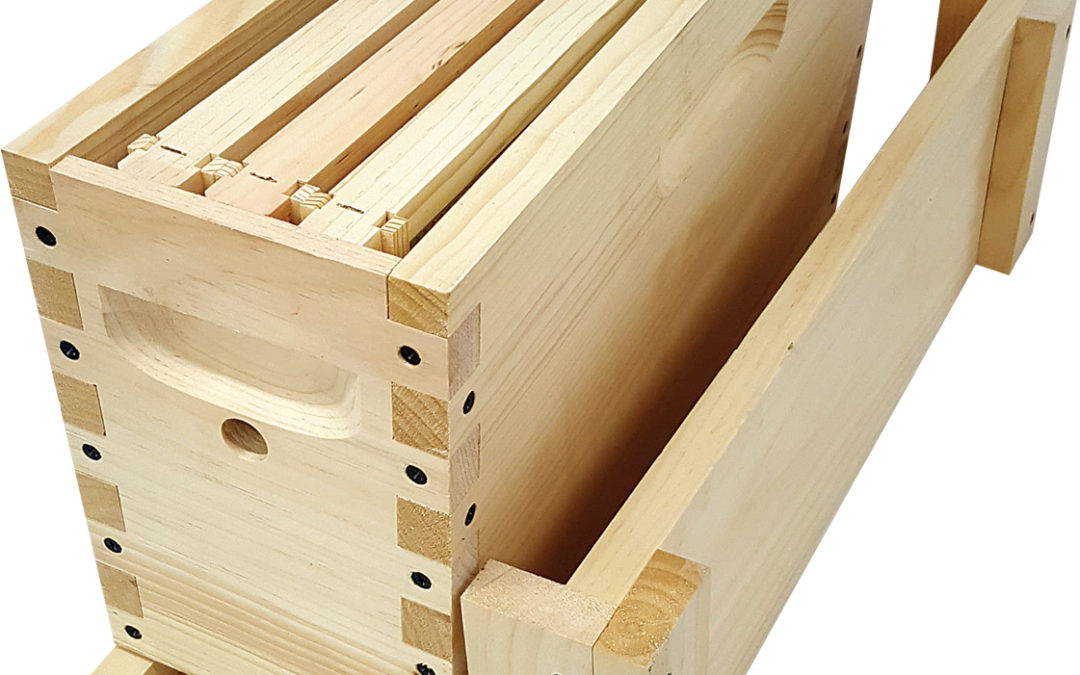 By definition what is a nucleus colony? This is getting into the weeds, when you want definitions or clarity of wording, legalese is never a pleasant conversation and you are aware when it occurs, that things are not going to end well.

The term nuc as it relates to honey bees is as vague as wording gets, and I cannot find a clear definition without ambitious wording which leads to further confusion about the term and its various aspects, for example. A nuc can consist of any of the following: Mini nuc, one frame nuc, all the way to a ten frame nucs and anything in between. Some definitions contain words like – a frame of bees. What does a frame of bees consist of? Bees can be two or two thousand; queen – mated or unmated. What are adequate honey stores – one cell or thousands of cells. Brood in all stages – specifically this could mean, one egg, one larva, one capped cell. To make matters worse and I’m sure we can, we all have in our own mind what a nuc should look like.

Let me, at this point, give you the Ohio Department of Agriculture’s (ODA) definition of a nuc, Section 901:5-55-01 (H) “nuc” means a smaller “nucleus” colony of bees in a box with three to eight frames containing a laying queen bee and her progeny in all stages. The nuc shall have honey and a viable population sufficient enough to develop into a full sized colony. First, I must congratulate the ODA for even attempting to give an explanation to this term, and this is the best definition I can find anywhere as it relates to honey bees. But this is still vague and subjective as I think it should be, because there are a good many ways a nuc can be successfully put together. A lack of definitive/exact/precise terms or information can and does cause some confusion on the part of the seller, as well as the buyer and in some cases this may be deliberate and can cause a great deal of misunderstanding.

Let me dissect the above just slightly, the above states that the brood in the nuc must belong to the queen in the nuc and in most cases this is not true, the seller will either purchase the queen or produce the queen and take brood from an existing colony elsewhere to produce the nuc. Is this bad? NO, not really as long as the queen is mated and should already be laying in the nuc being sold. The above also state’s that a nuc should consisted of three to eight frames, the latter could actually be three nucs by some definitions. Is this in anyway bad? NO, as long as the buyer fully understands what is being purchased. The above also states the nuc should have honey, if this is not open ended, I do not understand the term vague. How much honey? How much honey is too much honey and not enough brood. The above nuc shall also have a viable population, to the nuc supplier brood and bees are always in short supply and honey or syrup has no end. The temptation is always to put too much honey and not enough brood and bees in the nuc. What is a viable population, in what time frame, for what duration? The above description allows the seller to place seven frames of honey and one frame of bees and brood and call it an eight frame nuc.

The world’s greatest nuc delivered to the beekeeper in July or in some cases even later will have to be nurtured and nursed through winter with a questionable outcome.

Many nucs are brought into the state from places like Georgia, Florida or surrounding states and must also have an accompanying inspection documentation, inspection report; out of state nucs are a potential disaster because there is no trail to follow, and as we said with package bees only about 5 to 7 percent of bees in most states are inspected.

Never purchase nucs form areas where American Foulbrood has been found. If in Ohio this can be found in an apiary inspection summary if you know the county and you should, and much more.

Ask sellers for references, talk to the county inspector of which the nuc originated, demand to see the nuc before purchase, or a detailed explanation/description of the nucs contents.
There are two real advantages to purchasing a nuc: one, the risk of queen introduction is completely eliminated, and second, is if you can purchase an overwintered nuc, nothing beats or compare to this.

Make sure a detail examination of your purchased nuc is done ASAP after it is in your hands, preferably with a second set of eyes.

Never accept a nuc which does not have a laying queen, or a queen in a cage, or a queen accompanying the nuc in some other manner!

Purchasing any locally produced queen in Ohio in the month of April or very early May, unless it is an overwintered queen, should be considered a suspect queen. Such queens were grafted in early April and a week of mating flights is a must for such queens. Some years this may be possible but let’s face it, Aprils in Ohio are not like that, let’s look a little closer. A queen seller grafts on April 1, 16 days egg to hatch, full maturation does not occur at that point, it will take a few days 7 to 10 days maturation, oration, mating flights, another 5 to 7 days before any brood production occurs from this queen, the approximate time frame for the above queen is 33 days. So the earliest a queen can be available under ideal circumstances in this scenario would be May 3rd and still at this point we do not know if she is producing worker brood, I must say there are exceptions but exceptions are not the norm.

Another consideration should be, what is the drone population the second to third week of April for the above queen, adequate drones populations must be accomplished a week in advance of any mating flights, that means drone populations are set in motion two weeks prior to grafting in order to have drones on the wing a week before the queen undertakes a mating flight, now we are talking about the middle of March. Just FYI last year it snowed the 3rd week of April!

Comparing apples to apples a full 3 pounds of bees is indeed inferior to a full five frames of bees and brood and that means bees and brood on all frames, if available at the same time. By the same token a full 3 pounds of bees is superior to any 2 frame or marginal 3 frame nuc, and, in time, the above package will surpass the above nuc in production if installed (at the same time,) try it yourself. By the time most beekeepers receive their nucs, packages have already been installed weeks or even months in advance and in such cases there is no comparison, packages win every time. A late April package of bees is already on ten frames and ready for a second deep by late May, one month’s time, so a five nuc in late May is behind a 3 pound package and the longer it takes the farther behind the nuc gets, try it.

A nuc purchase should be a detailed contract between buyer and seller, and this never happens, if it did, it would eliminate a lot of misunderstandings and confusion, you should know exactly what, when, where, and how, try it!

What you learn after you know it all, is what really counts!